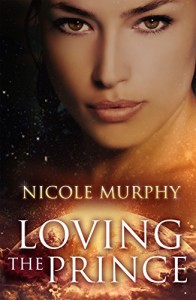 This story take place on another planet, they have psi powers, different transport but still drink wine, they just have another name for it!

Cassandra is heir to The planet, but that's not enough for her she's a strong ambitious woman and works at the families mining company all the hours she can. She has a sister Diana, she's a beauty that enjoys shopping, lunching and parties. Cassandra doesn't see her own beauty or worth until she meets Kernan.

Kernan a bodyguard/protector his decided he wants to slow down, maybe settle with a woman and have a family, so he takes chance and moves planets to the where the woman he met lives, well you can guess things don't work out with said woman, Hera is a liar and not a nice person.

Cassandra and Kernan both fight the attraction they feel to one another, especially when he becomes her protector. When they finally give in its fab. Life doesn't run smoothly though as while all this attraction and romance is happening they're dealing with espionage in Cassandra's company.

Expect to be surprised by some characthers, there's danger and angst mixed in too.

A good read, I look forward to reading book 2 about Diana.

**I received and arc for an honest review**